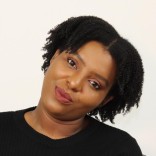 Havana Bake and Shark is Bringing Maracas Bay to You

So, I was scrolling through Tik Tok and bounce up this hilarious video series on things people ask Muslims in T&T. User @tiya_ha performs skits where she enacts questions she usually encounters and then gives her responses. People loved it.

“So wah kinda Muslim you is? How you doh have on da ninja ting on your face?”

“The ninja ting is called a niqab or a burqa and it’s by choice, just like you have the choice to wear your hair natural or wear a weave.”

After part 2 of the series, people were asking for a third to which @tiya_ha happily complied.

Even though I knew some of the answers to these questions, I still learned something. How about you?

Catch part one of the series here. 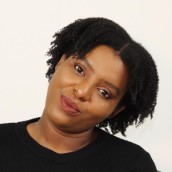 THIS CUTIE EXPLAINS THE DIFFERENCE BETWEEN REPUBLIC DAY AND INDEPENDENCE DAY

16 Tweets On The Recent Flour Price Increase That Will Make You Laugh, Cry Or Steups
At this point, we'll have to grow doubles on trees

Rideshare Trinidad and Tobago: Which App is Best (For You)?
There is an app for everyone.

12 things Trinbagonian Landlords should consider if they expect to get their spaces rented for anything more than 2.00
Sir, Ma'am, your bathroom is ugly